That sounds like a tall order and there are those who say
that I border on insanity but here is my proof:
1% > 99%. That is the status quo. Make no mistake.
But this is mathematically incorrect. 1% cannot be greater than 99!
It goes against nature. Nature seeks balance. This cannot stand the test of time.

How is this imbalance possible? How can a few rich families
who represent 1% of the population be greater than the 99%?
They are organized and mobilized. But it is an illusion of power.

Now, imagine if the 99% were organized and mobilized. We could bring Wal-Mart, Wall street, Putin, the donald, the Mercer family, the Koch brothers, the Saudi Royal Family and the rest of the Greedy Old Politicians to their knees. Then they would be saying pretty please. We would get a living wage of $15.00 dollars per hour and single payer healthcare, but we have to dare to dream!

We the people are the job creators and not the other way around like
Wal-Mart wants us to think. Stop shopping at Wal-Mart and see how many jobs they create. Bill Gates didn't create one job ; We did by buying his product.

If you could belong to a group that was designed to give you the power to counteract the powers that be and level the playing field would you join? To borrow a phrase, "If you build it, they will come." Resistance movement tend to burn out but if we institutionalize this resistance movement and make it permanant Times up , Standing Rock, Black Lives Matter, LGBT, Dreamers, Labor Unions and Me Too. would now have a solid foundation to build a brave new world. All those who are struggling and being pushed around by a few rich families would now have the leverage they need to succeed in changing the status quo to 99% > 1% as it should be. If we institutionalize the resistance movement and make it a permanent part of a brave new world then we can break the cycle of robbing from the poor to give to the rich. We must keep our democracy safe from the needy greedy and this new institution will give the 99% the leverage they need to finally obliterate the status quo once and for all !

America has lost its moral bearings and is adrift in the sea of mediocrity.
Over 60% of Americans believe that torture works: It doesn't.
Americans believe that race exists: It doesn't.
Twenty children between the ages of six and seven are massacred
and the GOP follows the McConnell rule and protects the NRA.
the donald is making a mockery of our democracy and Mitchell McConnell, Paul Ryan and the rest of the cowards in the GOP are enabling him. The lunatics are running the asylum.

The traitorous behavior of Mitch McConnell, Paul Ryan and the rest of the GOP is playing right into the hands of Vladimir Putin who wants to destroy our Democracy. They are not just enabling the donald, but they are also responsible for the collapse of our democracy. Building a wall is not just a bad idea its also a huge waste of money because it does not treat the root of the problemperiod

And last, but not least, if you feed the hunger you starve the beast. This website is about convincing humanity to do a complete about-face. Every human being on this godforsaken planet deserves to be empowered even if they come from some shithole country. Women and children first. If we empower humanity it will stop the insanity.

Pull your heads out of the dark ages and embrace the light of a brave new world. 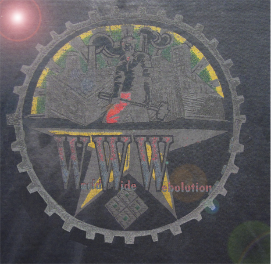 The King of Dominoes
Forward march